In September I conducted some Processing-based experiments on occupancy and wayfinding in urban environment. I was heavily inspired by one of my AAC Bartlett students, Yossatorn Jomjinda, who was investigating pedestrian activity in Bath, trying to mimic crowd mechanics based on bluetooth data harvesting.

After writing intial piece of software and wrestling a bit with OpenGL, I managed to run pedestrian simulations on simple gray/black maps (solid/void), so agents can avoid obstacles autonomously. Adding sneaky wayfinding algorithm did the trick, and now I am able to drive crowds to randomly chosen locations, such as tube stations/retail entrances etc.

The last bit was to add tangible user interface objects library (TUIO, open source code by Martin Kaltenbrunner) to Processing code, and after printing some markers and attaching them to pieces of perspex, I was able to inform the simulation by manipulating physical objects. 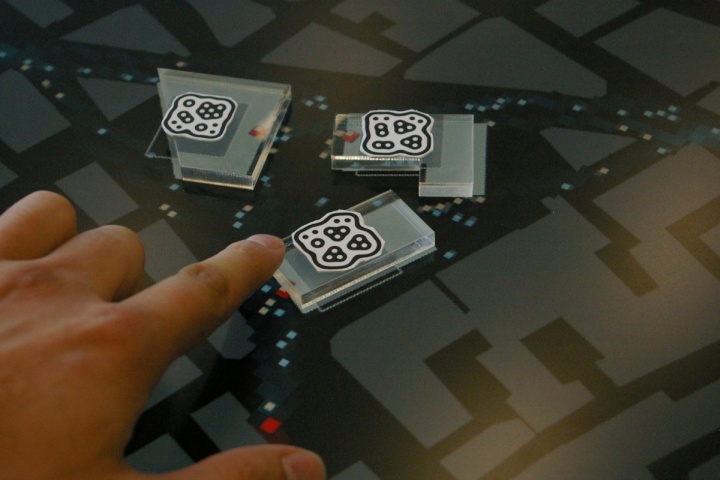 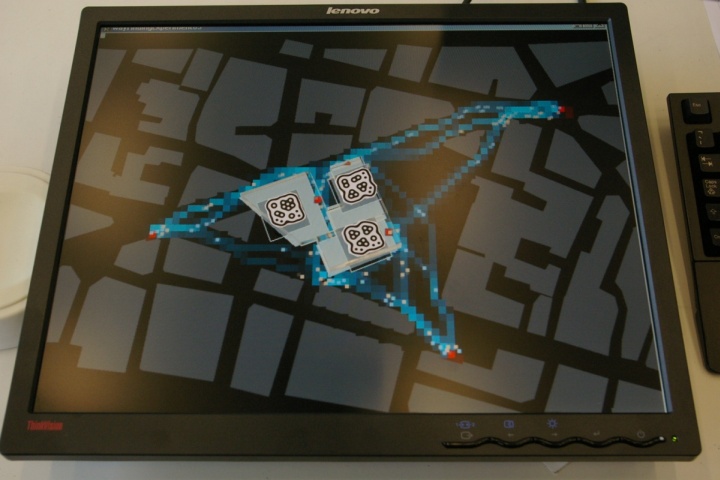 The purpose of such tool is for now to access and visualise pedestrian occupancy and wayfinding information, to define more/less occupied areas. This might be useful when defining which buildings might have greater commercial value due to volume of pedestrian movement. However, there is more possibilities to such approach, like interactive wind simulations, overshadowing studies, solar insolation, visual accessibility etc.